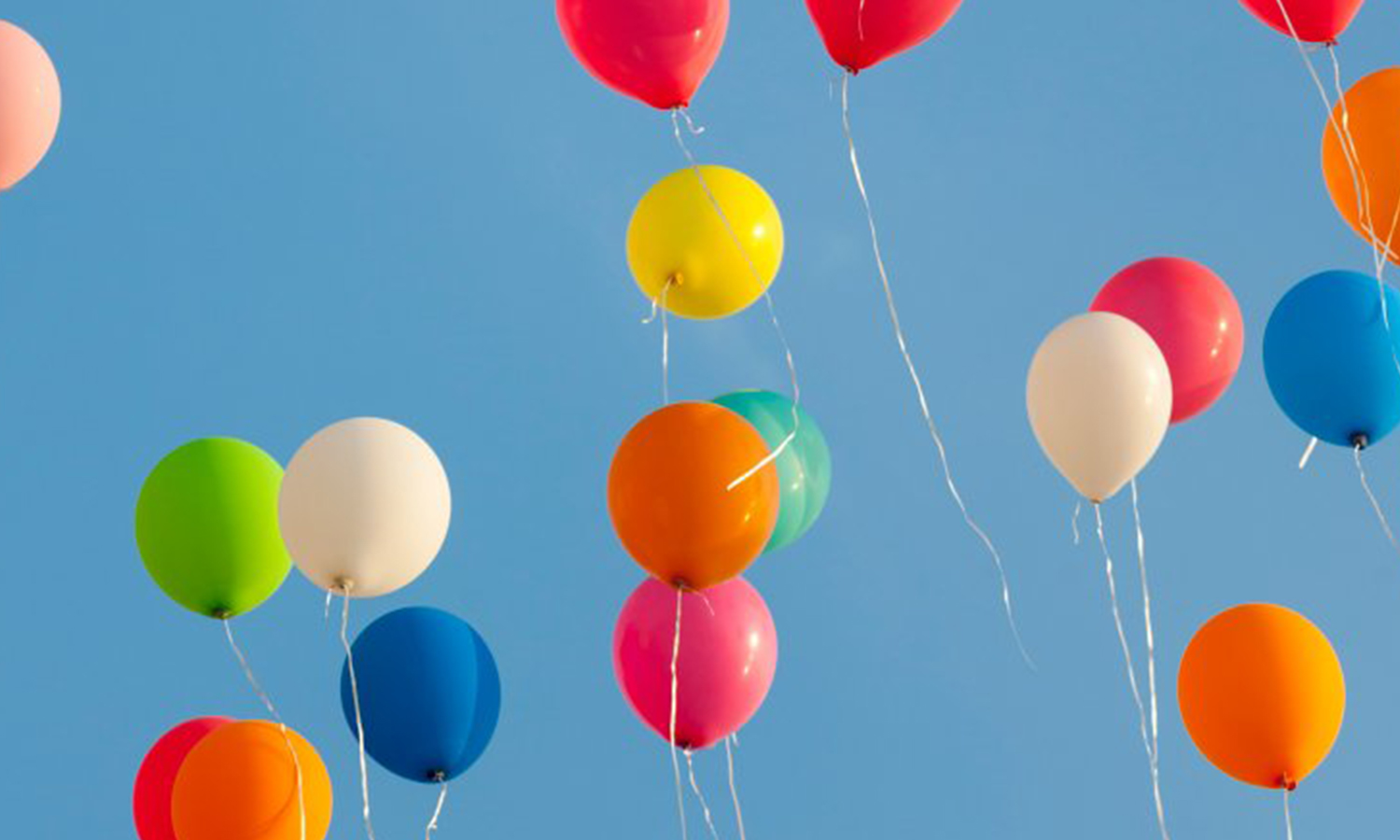 There’s an easy-to-articulate, hard-to-implement best practice when it comes to how to teach yourself to be happy. It stems from the recognition that the positive things you do for other people often reverberate back to create positivity in your own life. In effect, doing little things to make other people happy can greatly improve your happiness.

Make sense? There are two theories at work. The first is that focusing on others creates joy of its own accord. The second is that as you succeed in improving others’ happiness, you’ll wind up with happier, more grateful people around you. They’ll find you likable and charismatic, which in turn can lead them to treat you in a manner that produces even more happiness.

It’s easier said than done, but fortunately, there’s a compelling shortcut. Your words are among your greatest tools, so you can have an outsize effect on others simply by thinking about what you say every day and making an effort to be both positive and sincere. There are certain inspiring things that truly happy people find themselves saying to others all the time. Try making an effort to say a few of these every day for a week. You’ll be amazed at how the positivity you create improves your happiness.

This is the most basic and attractive sentiment you can express to another human being–that simply being in the person’s presence creates a positive feeling. Whether you’re telling an employee that you need his skills, that you value his opinions, or just that you think he’s good company, you’ve begun an interaction on a very high note. How can that not produce some level of happiness in the other person?

Take the previous remark a step further. This is the opposite of most relationship advice–that you should never take a specific negative action and suggest that it’s indicative of someone’s entire way of acting. Well, turn that on its head, by expressing that it’s not just this interaction that has produced positive feelings but basically all interactions with this person. It’s an amazingly gratifying thing to hear.

Surprise someone by bringing up a positive thing that she did in the past, and you’re almost guaranteed to induce a positive response. Maybe it’s a joke the person told that you’re still laughing about; maybe it’s a small act of heroism she performed. Regardless, if it’s something she thought was long forgotten, learning that something she did made a positive, lasting impression on someone else is an amazing experience.

This an even more potent version of the previous suggestion, provided you finish the sentence with a description of how the person’s actions led to a positive outcome. It’s one thing to learn that other people recognize the favorable things you’ve done; it’s another thing entirely to learn that you’re having a positive effect on other people without even realizing it.

This is similar to “I’m happy to see you” and “I’m always happy to see you,” except that it focuses on things that the person does, rather than his or her existential being. Other variations include “You are really great at…” or “People love that you…” Simply be sincere and specific. “You’re really great at calming stressful situations” or “People love that you always have the best music.” It can be anything, as long as it’s authentic and truly positive, and it’s guaranteed to elicit positive reactions.

6. “You really impressed me when…”

Focusing on specific actions or events can be even more powerful. It means that you’re not only thinking abstractly but offering proof that things the other person does provoke positive reactions. It’s the difference between saying that a comedian was really funny and quoting one of his or her best jokes. (Other versions: “You handled that well when you turned that client’s objection into an opportunity” or “It was really cool to see how you parallel-parked that car into that tiny spot.”)

People have self-doubts. You do, I do, we all do. (Heck, every time I write a column here–and this is number 167, by the way–I wonder how people will react.) When others simply say they believe in you, however, it becomes easier to believe in yourself.

Here’s an analogy. Have you ever gotten into lifting weights, or simply watched people do it? It’s amazing how the slightest bit of assistance from a spotter–with force equal to the weight of a pencil–can help someone lift far more weight than he could on his own. It’s the same concept here–just that small expression of confidence can push people to achieve more–and then to be thankful for the help.

It is so important to celebrate achievements. This doesn’t mean you have to throw a party, but even acknowledging that someone’s efforts have achieved results can be extremely gratifying for the person.

Of course, heck, if you want to take things to the extreme, throw a party. Just be sure that you’re the one buying the first round and singing the loudest.

Everyone needs to be pushed at times, especially when we fall short. If you care about people, you’re going to be called on sometimes to be a bit of a coach, or maybe to employ a bit of tough love. Even the most steadfast and confident among us sometimes need a friend to guide them to a better way of acting.

The late, great NFL coach Vince Lombardi put this best: “Leadership is getting someone to do what they don’t want to do, to achieve what they want to achieve.” Nobody does anything great alone, so be the one standing by to help, and you’ll inspire positivity and gratitude.

Everyone likes to think that his or her opinions matter, and of course they do–sometimes. However, this kind of invitation to share what someone thinks can’t help making the person feel just a tiny bit more self-worth, which in turns creates both happiness and positive feelings toward you. Just be sure to be sincere; don’t just say this for the sake of saying it. Make sure that you are truly interested in whatever subject you’re asking about and listen actively.

This is the best follow-up to the last item. It tells the other person that you’re listening, and that you find value in what he or she is saying. The actor and writer Peter Ustinov once said that the greatest compliment he ever received took place when he was afraid he had gone on too long in a conversation with Prime Minister Margaret Thatcher, only to have her tell him, “Please continue.”

OK, it’s almost too easy at this point. Combine asking someone’s opinion and demonstrating that the person has had impact on your life and you’ve provided him with two of the most gratifying, basic experiences of the human condition.

It doesn’t matter really whether you tried a new restaurant on the other person’s advice, followed his suggestion on how to begin an important conversation, or started getting up 15 minutes earlier for a week because he said it was a good idea. Simply being listened to and having impact makes people feel better. Bonus points if his suggestion created a positive result, but you’ll get credit regardless. (Related: “You were right.”)

Say this when you mean it–when you’ve done something worth expressing regret for or the other person deserves sympathy. However, don’t water it down by using it when you don’t mean it. In fact, one writer made a compelling argument recently that the phrase is so overused that it ought to be retired. That would be a shame, but it underscores how people appreciate this phrase when it’s sincere, and how it annoys them when it isn’t.

Now you’ve got it–you’re expressing positivity toward other people almost naturally, pointing out not only things that they do well but maybe even things they do better than you do.

If you want to see a sentiment similar to this work very effectively, watch the 1997 movie As Good As It Gets. Or else, just read this short bit of dialogue in which Jack Nicholson’s character offers Helen Hunt’s character the ultimate compliment: “You make me want to be a better man.“

It’s not that much of a stretch to suggest that every other item on this list is in fact a form of “thank you.” This is truly one of the most powerful, underrated phrases in the English language. It packs a heck of a punch, encompassing positivity and impact in two little syllables. (By the way, thanks for reading this far into this column. Maybe if you share it with others, they’ll thank you, too.)

Instead of deflecting another person’s thanks, as some of these other phrases do, saying “you’re welcome” dignifies the person’s gratitude. It acknowledges that yes, you did do something worthy, or nice, or positive for someone–because you believe that she’s worth it.

There’s one small risk in this entire mode of expression, and this word is your fail-safe. The danger is that sometimes people who make other people’s happiness their priority can wind up doing so at the cost of their own happiness. We all know some people who take advantage, or who simply aren’t going to be happy no matter what your efforts amount to.

Two little letters, and yet they can be so powerful. Most important, they demonstrate that you care for yourself, which is a key prerequisite to caring truly for other people. Carry this one in your back pocket; use it when necessary. You’ll find that the most positive and happy people you interact with respect you for doing so–and that can make you happy, too.

No posts were found for display