Not Awesome: The Palin Channel 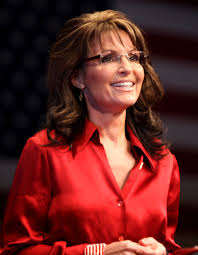 Not to step on anyone’s political preferences, but the recent news of an upcoming television channel devoted to a single person in and of itself it a crazy, non-awesome publicity stunt (not even LeBron or Kim Kardashian has that!) Subscribers will now be able to pay $100 per year for unlimited access to SarahPalinChannel.com for every last detail they never even realized they needed to know about Palin’s professional, political, celebrity, and personal life. While it’s no secret that even conservatives, working moms, and Alaskans have often found Palin to be an absurd representation of a political leader, the market may still have interest either in hearing her honest side of the story or satisfying a new level of guilty pleasure constant reality show.
Our verdict: unsubscribe!