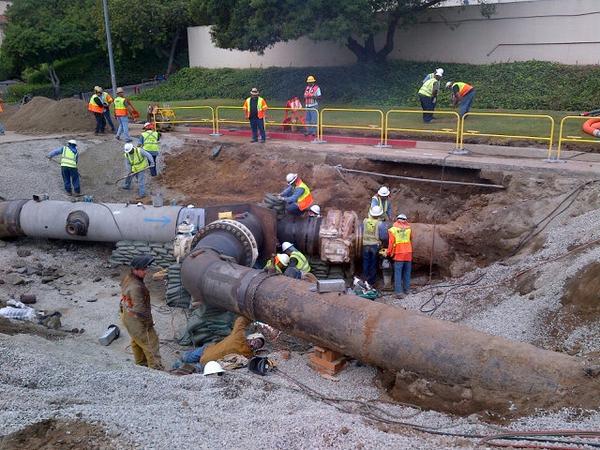 Nearly a week after the bursting of the Westwood water main, Sunset Boulevard has reopened. The breakage created a huge sinkhole in the street, leaked millions of gallons of water amidst California’s extreme drought, and flooded UCLA’s parking structures, streets, and stadiums to the point of needing severe repair. While people were stranded briefly and had to abandon their cars, police and security were able to keep everyone safe from severe injury.

Meanwhile, the Department of Water and Power has been toiling around the clock for days and nights straight just to securely plug up the pipe and the road for safe driving. Unfortunately, this is only the beginning of the repairs that need to be addressed due to the flood’s widespread damage and the not-so-tender age of the whole water system; however, it does put into perspective how incredibly hard this team has been working to maintain livability in one of the continent’s largest cities. Thank you so very much, awesome and underappreciated workers of the LADWP!