Not Awesome: A Second Sharknado 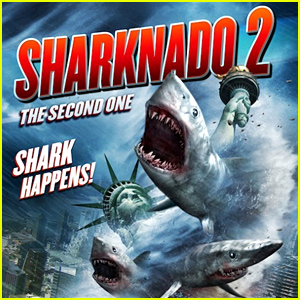 As the nation becomes more and more mysteriously enamored with shark week, Syfy decided to once again give us a little aperitif with a second installment of the Sharknado film. Using the word “film” generously, the notorious work combines hilariously bad acting with the absurd concept of combining a deadly animal and a natural disaster, and now giving it a sequel. People love to hate it, laugh at it, and live-tweet it extensively, which just may be part of Syfy’s genius. The roadkill effect of not being able to look away from something so outrageous tends to fuel not only our funny bones, but also the tendency of everyone to compete for the best social media reactions. Did you happen to catch (and survive) the second Sharknado? See any great articles, tweets, or other commentary? Feel free to share the best and the funniest!