Home  •  Awesome  •  This Amazing Shower Liner With Inflatable Spikes Is The Best (And Funniest!) Way To Save Water
Awesome (1009)

This Amazing Shower Liner With Inflatable Spikes Is The Best (And Funniest!) Way To Save Water

In places all over the world (especially in my home state of California), excessive water consumption is a major problem. I know for a fact that I’m often guilty of taking just a little too long in the shower. And unfortunately, I’ve never really made an effort to lessen my time spent showering. But British designer Elisabeth Buecher is ready to solve this problem with her new invention, which is bound to be the world’s greatest (and most humorous) solution to the too-long-shower epidemic. 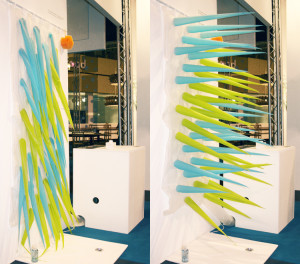 Buecher was concerned about all of the water being wasted each day, especially by excessively long showers. To address the problem, Buecher created Spiky, a shower liner with inflatable spikes. After water has been running for 4 minutes, the spikes ingeniously inflate and physically crowd out a person from the shower! It might be a little unconventional, but it is undoubtedly TOTALLY AWESOME! 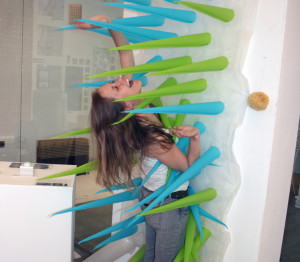 If you want to get kicked out of your shower after 4 minutes, check out all of the details on Buecher’s website. 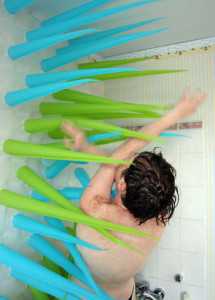