Everything You Need To Know About The Frozen Sequel (Yep, That’s Right! SEQUEL!)

Yep. You heard us. A FrozenSEQUEL. As in, another enchanting, icy tale to conquer our hearts all over again? YES, a thousand times, yes! Or at least, a very, very possible maybe. 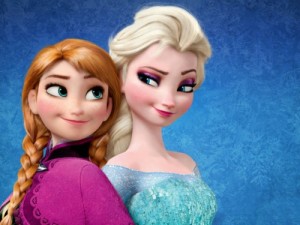 She replied with, “They’re all in the works, ha ha!”

Apparently she was asked again if she was interested in being involved, and she said, “Ah, yeah, sure. Not the stage show. I don’t know what will happen with that, but the movie hopefully. We’ll see. I’m just going along for the ride.”

Although Disney has not yet confirmed a Frozen sequel (or a short, or a stage adaptation), we are pretty confident that it’s going to happen in the future. Why? Well, for starters, Frozen is the top-grossinganimated film of ALL TIME, and the 5th highest grossing film of ALL the films. It amassed $1.219 billionat the box office, and is loved just as much (if not more) abroad.

Furthermore, “Let it Go,” aka our heroine’s triumphant theme-song that sparked thousands of quirky parodies across the web, won the Oscar for Best Original Song.

There is just no way there WOULDN’T be a sequel. And plus, why would Elsa —I mean— Idina Menzel, pretty much tell the entire world that there would probably be one? Because there probably will be. Because more Frozen would make the world an even better place, probably. All we can say is that we’re on to you, Disney.