After A Life-Changing Injury, Mountain Biker Martyn Ashton Is Now Riding Again For The First Time 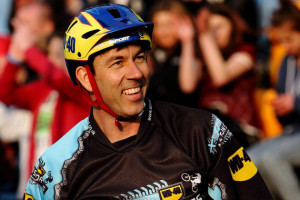 Martyn Ashton, known as a legend in both the motorcycle and mountain biking worlds, began riding professionally in 1993; he was a British and World Champion rider. As the High Jump World Record holder, Ashton was entered into the Mountain Biking UK “Hall of Fame” in 2008.

Ashton’s life was forever changed on September 1, 2013 when he broke his back and sustained severe damage to his spinal cord. The injury left Ashton completely paralyzed from the waist down. 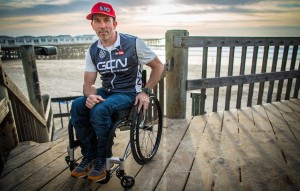 Despite his injuries, Ashton has maintained an incredibly positive outlook. In an interview in February 2015, Ashton revealed, “My ambition is that I will ride. Lots of people think ‘Wouldn’t it be great if you walk again?’ I am like, ‘Yeah, it would be great, but I am going to ride again. That is what I am aiming for.’”

With help and support from his friends and family, Ashton set out on a journey to get back on track. Earlier this month, the Global Mountain Bike Network released a video with Ashton’s first bike ride since the accident. We are SO inspired by his journey and know that you will be too! Check out Ashton’s amazing ride in the video below.