Alex Morgan Will Be Featured On The FIFA 16 Video Game Cover!

On July 5th, the United States Women’s National Team had a 5-2 victory over Japan in the Women’s World Cup. Now, just a little over two weeks later, the USWNT has had another victory: EA Sports has just announced that for the first time they will feature 12 Women’s National Teams in their FIFA 16 video game. 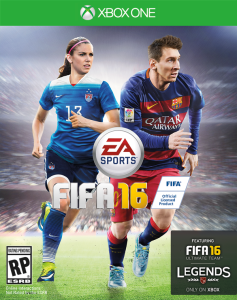 Players will be able to choose from the following women’s teams: Germany, USA, France, Sweden, England, Brazil, Canada, Australia, Spain, China, Italy, and Mexico. The Women’s National Teams will play exclusively against one another in the video game.

The game will be released in this September and will be available on PC, Xbox One, Xbox 360, PlayStation 4, and PlayStation 3. Check out the trailer for the upcoming game in the video below: